Available in our Store

Crown Canyon is a 2000 Sq. Ft. Protools Recording Facility on the private grounds of Hollywood Producer/Artist Development guru, Jason Brawner. It's purpose is to provide a creative environment for artists to develop, write, and record albums to be pitched to labels, publishers and managers. Modeled after the original Motown Facility, artists and writers collaborate within the different rooms and production suites creating music under Jason's guidance. "My job is to make sure that the music we're creating is both rewarding to the artists and valuable to the industry."
RSS Feed Widget

Thank you for contacting Jason. He will get back to you as soon as he can. 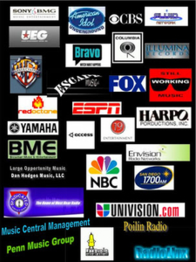 Jason currently produces for The Voice, American Idol and America's Got Talent. He’s helped hundreds of artists and songwriters sign with most major labels and have earned a combined $2.5 billion in music sales, 100 million units sold, 1 Grammy and 3 nominations.

Jason's productions have been featured on every major television and cable network. He has toured with Tom Petty, Steely Dan, Sade, Bon Jovi, Eagles, Grateful Dead and others.

Currently, Jason carries 15 to 20 artists on his roster at a time in most genres

A former graduate student of Oxford University, Jason now donates time lecturing at the TAXI Road Rally, Westcoast Songwriters Association, ASCAP Expo, NSAI, and California Music Studios. All proceeds Jason receives from the above organizations are donated to The Girls Against Abuse Foundation.

The Girls Against Abuse are talented artists produced and developed by Jason Brawner.

Bring some of Jason’s wealth of music and songwriting knowledge home with you.
Jason’s Book: "The Self Made Star (What To Do With Your Music When It’s Done)” is the ultimate how-to-book/checklist for successfully self-releasing music. It is available at our store for a $50 donation.
Jason’s Music Conference Lectures:

All exclusively available on our site HERE!

Girls Against Abuse
View on Mobile