Music producer Jason Brawner and two young artists from the Temecula area, 16 year old Alexis Umathum and 10 year old Robynne French, discussed how they are trying to stop the mistreatment of women through music by helping them to Recognize, Resist and Recover from abusive situations through The Girls Against Abuse charitable musical campaign. They have just released a new Christmas CD “A Season of Hope” which will help raise money for the nonprofit foundation. Robynne also sings “My Name is Christmas” live in the studio during the interview! [Click Here to hear the interview]

"When I heard that song, Angel Tree,  I was crying by the chorus and new it was perfect for Robynne"...Producer Jason Brawner"
​Performer Alexis Umathum talks about
the song she performs on "A Season of Hope
and says, "Its an upbeat, Motown type song
that gets you in the mood for Christmas."

The Girls Against Abuse Foundation

‘Victim Card’ will be the lead single on the upcoming Girls Against Abuse Volume 5 album to be released on July 1, 2022! 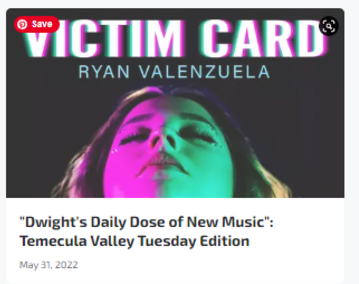 The primary objectives and purposes of  The Girls Against Abuse Foundation are:

We are so proud of Cole Criske for making it onto The Voice! He selected Blake Shelton as his coach. Cole has been a long time supporter of The Girls Against Abuse and has performed with us at many of our events. Congratulations Cole!